How to Lose Friends and Alienate People
The story, based on Toby Young’s memoirs of the same name, sees a struggling English journalist presented with a job offer from one of New York’s celeb magazines

A British writer struggles to fit in at a high-profile magazine in New York. Based on Toby Young's memoir "How to Lose Friends & Alienate People". 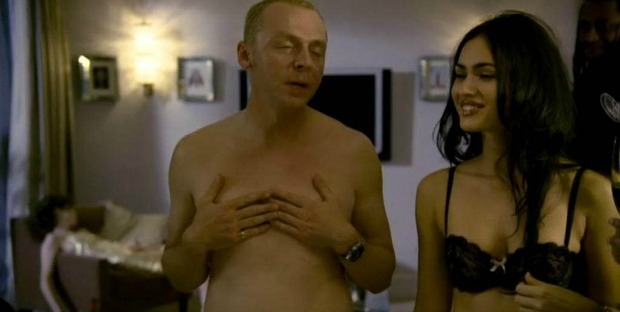 ‘Haven’t our boys come a long way’? Ricky Gervais is currently testing his acting chops over in the US to fairly complimentary reviews, and now we are to watch the once cult hero, star of the brilliant Spaced, Shaun of The Dead and Hot Fuzz, Simon Pegg, follow suit and take his first lead role in a Hollywood movie.

How to Lose Friends and Alienate People, whilst seeming to be a worryingly apt title for Pegg’s recent abandonment of such partners in crime as Edgar Wright and Nick Frost (ooh, and Jessica Stephenson from Spaced! Remember her? He doesn’t), sees him team up with a ludicrously A-list cast. Where did it all go so wrong Simon, eh?

The story, based on Toby Young’s memoirs of the same name, sees a struggling English journalist presented with a job offer from one of New York’s celeb magazines. Pegg’s Sidney Young attempts to upstart a career of fearless integrity only to discover his absolute ineptitude in social situations and the cut-throat industry of the media.

Somehow he unwittingly wins over the cold Kirsten Dunst, only to find she is having an affair with the office’s resident egotistical bastard. Cue the downfall of Young as he throws away his morals climbing to the top, knee-deep in scantily clad models and Ralph Lauren dressing gowns. To say this film has the odd cliché is a bit of an understatement. I don’t think I need to give any clues as to what happens regarding Young and his love interest. However, if you go to this film with exactly the right expectations, that it is a slightly unorthodox romantic comedy with some surprisingly slap stick moments from its lead, then you will enjoy this film.

The presence of Pegg is enough to make the hopes for this film high, but what we need to remember is that this is not a Simon Pegg creation. He is, for once, simply one of the actors, even if he does bring his own brand of comedy to his performance. Those looking for the clever, self referential, geeked-out elements of Pegg’s earlier successes must wait until his upcoming reunions with chums Edgar and Nick. So has our boy come a long way? Well yes, he has, but lets hope he comes back soon.