Contraband is a thriller about a man trying to stay out of a world he worked so hard to leave behind and the family he’ll do anything to protect. 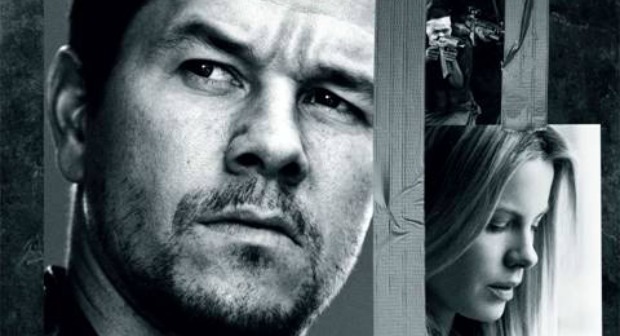 In the post-awards season wasteland there are often films like this about an ex-crook who turns back to crime for one last job to save his family. These are films you’re supposed to turn your nose up at any other time of the year. They – them Hollywood lot – they’re just throwing you scraps, yet they know that in the right mood everyone wants to see proper movies with proper guys doing proper stunts.

But actually, Contraband is a welcome relief. This is exactly what is needed after the drudgery of Oscar-bate like Incredibly Loud and Incredibly Shit. We need unemotional thrills and spills – fun, basically. Still, saying this undersells what is more often than not a genuinely good film, and miles away from Stallone saying something incomprehensible before punching someone’s head clean off .

There are clichés, of course – you can count them. Mark Wahlberg’s reformed family-man Chris now runs a security business after giving up on smuggling drugs, money and all manner of illegal stuff on giant cargo boats. His dad imparts sage advice from prison, like: “I was so proud when you got out of it all – don’t go back.” Thing is, Chris is really good at smuggling, unlike his dad and, unfortunately, his young brother-in-law. Like a family business, it is the latter’s string of blunders that forces Chris to go back for One Last Job ™ and pay back the money owed to mafia man Geovanni Ribisi. If the money isn’t paid, wife Kate Beckinsale and their kids will get hurt, so off pops Chris on a boat to Panama and things go from bad to worse. Squeeky-bum time.

Yet, through all this, the film manages a few genuine surprises and even one or two laugh-out-loud moments. The ship-smuggling premise and the cold, New Orleans setting gives it a slightly fresher angle to the heist thriller, too. It’s fast paced and constantly cranks up the tension with an endless set of problems thrown at Wahlberg’s not-so-reformed smuggler, who’s clearly been missing the old thrills. Excellent as ever, Wahlberg’s shouty, angry, could-flip-out-and-nut-you-one-at-any-second-shtick is almost on top form (his absolute top form being cop Dignam in The Departed). So, when you consider he’s the producer here as well, you have to say he pretty much single-handedly carries this film.

On the other hand, Ribisi, also known as Phoebe’s brother in Friends, is a bit cack-handed as the    mafia man, aptly named Tim. He is repeatedly out-muscled and outsmarted by Wahlberg, yet he’s the very same supposedly-fearsome chap issuing threats to kill everyone. But he can’t be that chap because he’s Phoebe’s brother from Friends with beard. Director Baltasar Kormakur also seems confused as to exactly what the ending should be and where he should have put it, but it all hardly matters. With a blue-collar Marky Mark around you know you’re in safe hands.