Lynne Ramsey and Ezra Miller
The pair talk exclusively about We Need To Talk About Kevin. 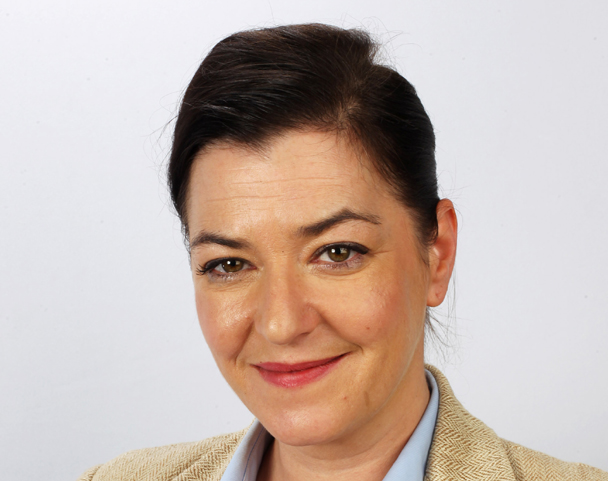 Lynne Ramsey’s new film, We Need To Talk About Kevin, based on the novel by Lionel Shriver, is a stunning movie, near flawless despite it’s tiny budget (‘We were trying to make a film in America with UK money’ says Ramsey).  The story of mother who sees her that something is going very wrong with her son, but is unequipped to do anything about it, is pitch perfect, from the performances of Tilda Swinton as Eva (a perfect role for her singular talent), Ezra Miller as the older Kevin (chilling and perhaps the most nuanced psychopath in film history) and, most startling, the two actors playing young Kevin, Jaspar Newell and Rock Duer, to the unnerving production design (confrontive in its use of lurid reds) and brilliant sound design that not only bolsters the visuals but adds its own motifs and aural suspense.  Garth Twa had the chance to sit with Lynne Ramsey and Ezra Millar for a brief chat for Pure Movies at the London Film Festival.

You’ve said that the film has tried to steer clear of being a movie about a massacre, sensationalist, but instead a study of the relationship between a mother who’s worried that she hasn’t bonded and son who is quite frankly disturbed.  What was it like to inhabit the character of Kevin?  What went into feeding it?  There’s really not much redeemable about him.

Ezra Miller: It’s challenge in creating a character who seems unredeemable but then by another measure has a lot of valid, justified feelings and emotions.  Just like any other human being, but hidden, you know, far below a surface, sort of a façade of demonic posing.  He’s essentially working to show himself as a reflection.  A lot went into feeding the character, a lot of it was plain and simple in the story, in the script.  We got a lot of opportunity, we did a lot of work just when I was auditioning

Lynne Ramsey: We did loads and loads of work in the casting. I saw Ezra about six times, even though as soon as he walked into the room I was like, ‘He’s it.’  But I’d see these different aspects and we worked on little touches here and there, so he wouldn’t be one dimensional; little things that would get you off balance, and he’d appear in a different way.

The script was very strong, but also I think that you created a character that took the script even deeper. It was the silent moments that were really captivating.  Kevin wasn’t a cartoon villain, or a demon child; there was something really dark.  That couldn’t have been easy.

EM: It certainly wasn’t easy we really came to know our interpretation of Kevin’s psychology very intimately.  Certainly I did.  But I had a great forum of Lynne and Rory (Kinnear; co-writer) and Tilda.  And certainly the kids who played the younger Kevin were constantly feeding me information about how this person could really exist on a true psychological level.

The actors who played the younger versions of Kevin were astonishing…

EM: They came up with things naturally that ended up, for me, becoming a large part of the inspiration, especially physically.

LR: He (Jaspar Newell) was fantastic!  Just the way he walked!

EM: We were fortunate enough to shoot almost chronologically because of our locations, so I got to see pretty much the entirety of Jaspar’s performance before I started.

EM: I spent as much time with them as I could

LR: The physicality of Jaspar, and also with Tilda, her phsysicality, her mannerisms, and tiny things, were a reflection of Kevin, too.

EM: We all came to observe each other and replicate each other’s emotions to create this big moving mirror.

LR: Jaspar had a bit of conception about what it was about, but he’s a very bright kid—astonishingly bright—and he got it instinctively.  I didn’t need to tell him how to act.  I think it’s a trust thing,  It’s being able to not make the kids feel uncomfortable.  I haven’t really worked with actorly kids…I’ve worked with a lot of non-professionals, so I’ve had experience working with kids.  I think that came in handy.  You make it a game every day, so something new is happening.  (to Ezra) What was it that Jaspar said?

EM: Oh, yeah.  When we were approaching when his work was done and mine was starting, he was talking to Rory one day and said, ‘I feel like Ezra’s Kevin is eating my Kevin.’

EM: Especially metaphorically.  I mean, what growth is, what happens as a child ages, as your new self is constantly consuming your former selves, all the trauma, the feeling, the rage, the hatred, the sadness…all of that gets eaten by your next stage of development.

We Need To Talk About Kevin is screening at the 55th BFI London Film Festival. Read more Pure Movies coverage of the festival here.