Leonardo DiCaprio
The actor on conflict diamonds, Oscar nominations and his latest film. 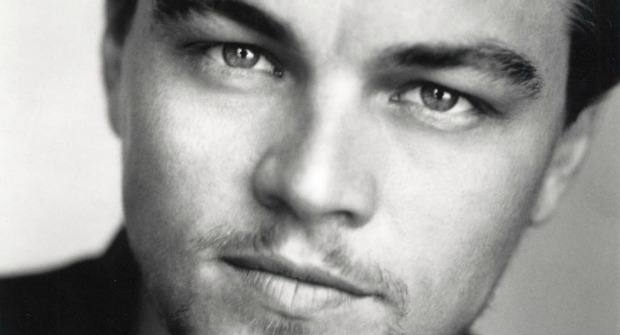 Leonardo DiCaprio enters the lavish surroundings of The Grand Ballroom in Claridges Hotel with a smile. Today he has been nominated for an Academy Award. This is not his first nomination by any means. In fact, each of his previous three films were acknowledged at the Oscars. His portrayal of Howard Hughes last year received a wealth of critical acclaim and The Departed has been given the nod for Best Picture this year, but surely the most rewarding and satisfying for any person is being nominated for Best Actor. Isn’t it?

‘Sarcasm doesn’t translate well in interviews like this,’ starts DiCaprio ominously. ‘but honestly, it is a nice thing to be recognised like this. It really, truly is. To put in a lot of hard work and effort into a project or a character and for it to be recognised…how can it not be nice? It’s certainly not something that I expect or that we strive for during the pre-production or even the filming process. It’s one of those things that, the more I’ve acted the more I’ve realised, I have absolutely a) no control of it, and b) no way of understanding how people react to anything I do or any movie I do. If every actor or studio had that magic formula, we’d all be making critically acclaimed multi-billion dollar hits every time we do a movie. I honestly have no idea what the public will ultimately think of something that I do, let alone the critics. It is something that continues to mystify all of us.’

In his new film, Blood Diamond, DiCaprio plays Danny Archer, an ex-mercenary from South Africa who forms an unsteady alliance with Solomon Vandy, a Mende fisherman played by Djimon Hounsou, as they go on the quest for a rare diamond. Hounsou grew up in Africa and puts in a breathtaking performance and is fully deserving of his Best Supporting Actor nomination. DiCaprio was more than eager to point this out. ‘There was a certain pathos that I think he naturally embodied,’ he says. ‘A certain instinct and a passion that I definitely felt from him as another actor. The man did a tremendous amount of work in even learning the Mende accent and transforming himself but there was an inner instinct that I certainly felt everyday working alongside him that was very carnal and deep-rooted. It came from the gut and I think it shows up on screen.’

Hounsou was not the only one who had to master an unfamiliar language though, as DiCaprio was given the difficult job of authenticly replicating the South African accent. ‘It was a completely foreign and alien sound to me,’ he reveals. ‘Having not spent a lot of time in Africa, it was not only important to go there early to lock down the accent as best I could, but just to get the general attitudes of some of these mercenaries, the soldiers of fortune, these men who have fought wars in Angola, the people who have seen some of the atrocities that have gone on to try and capture their bitterness or their mixed emotions towards the continent that they are from. I think that spending time with these guys absolutely fundamentally shaped everything about the character.’

It must have been hard for a face known worldwide since Romeo & Juliet and Titanic to gain the confidence of these “mercenaries”. So, just how did he infiltrate them? Was it simply a case of getting drunk with them? ‘You hit the nail on the head, yeah. Initially going there, there is a hardened shell that surrounds a lot of these guys. It was very hard to divulge anything about their attitudes towards Africa or their mixed emotions about their politics and the war. So, you know, it took a certain amount of taking them out, getting them drunk and rehashing past demons and that was some of the most beneficial stuff for me. My character was shaped by my understanding of the emotional turmoil that they had gone through.’

Blood Diamond was filmed almost entirely on location in Africa and the settings ranged from breathtaking beauty to heartbreaking squallor, both of which DiCaprio found astonishing.

‘Growing up in the Western world and seeing some of the things we saw,’ says DiCaprio, ‘in terms of the way people live there everyday and how they somehow manage to maintain such an amazingly positive attitude and outlook on life was pretty inspiring for all of us.’

At this point DiCaprio pauses, seemingly unable to find the words to describe the magnitude of meaning in what he wants to say. After a moment of thought, he continues, ‘…It makes you come back home and sort of question what any of us have to complain about…you know?…to put it very bluntly, it was the spirit of the people that was the most astonishing and moving for me as a person to witness. We shot in areas of Mozambique where four out of 10 people had the HIV virus, there was poverty everywhere, there wasn’t enough clean water but they have this attitude of just being alive which is unbelievably astounding. It continues to be a place that deserves the Western world to support as much as possible. That’s what I have to say.’

The film raises many issues and blames the West for a lot of them. At the core of the films many messages is the illegal trade of conflict diamonds emanating from Sierra Leone. Controversially, the organisers of this years Oscars have asked guests to specifically wear diamonds, while diamond companies continue to rail against the film. Nevertheless, DiCaprio has got people talking in Hollywood but when questioned on himself purchasing diamonds he immediately admitted defeat. ‘Sure, I’ve bought them in the past,’ he reveals. ‘I was pretty much unfamiliar with the ramifications of some of the events that have gone on and the devastating impact it had on countries in Africa; millions of people being displaced and millions of lives lost. If you watch Blood Diamond, you will see some pretty horrific events and none of it is glorified or exaggerated. If I ever bought a diamond again, and this is the important thing, I would make sure it was a conflict-free diamond and I would get it certified by the dealer I bought it from…that’s for damn sure.’

Leonardo DiCaprio has been making waves with his stance on conflict diamonds, but one has to wonder whether he will be singing the same tune when the promotional tour of the film is over.

‘No, I’m not going to stop talking about conflict diamonds and that issue,’ he says defiantly. ‘But of course it depends on when and where I’m asked. Traditionally, I’ve not attached myself to environmental issues and I’m going to continue to work on that, but by no means does that mean that I’m going to not continue spreading the word whenever I can on the issue.’

With the interview coming to a close, we move onto a lighter note and how much fun he had living in close quarters with his castmates. ‘Jennifer Connelly had baboons in her room,’ he recalls with a laugh. ‘They raided the mini-bar. She went in and they were bouncing up and down on her bed and there were little baboon footprints on the couch. She came back and told us and we were like “Baboons raiding the minibar?! Yeah right!” I’ll have to use that one myself someday.’