Some things are better left on the page

Daniel Wallace is the author of Big Fish: A Novel of Mythic Proportions which was the basis of the 2003 Tim Burton film of the same name. His other novels include 'Ray in Reverse' and 'The Kings and Queens of Roam." 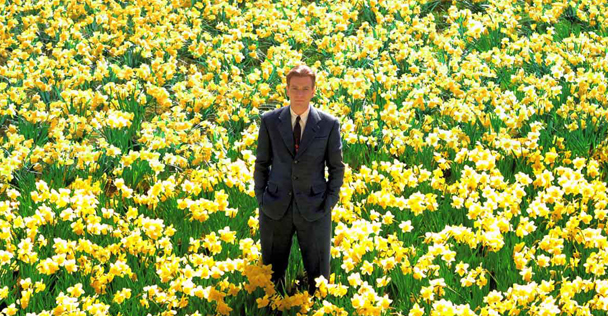 It had never been an ambition of mine to see one of my novels become a movie: after years of trying, and failing, to write even a pretty good fiction, all I wanted was a book I could be proud of.  Before Big Fish, I’d written four novels and two short story collections. Some of the stories were published on their own but nothing I was ever able to assemble as a book length manuscript was very good, no matter what I thought about it at the time.  Luckily, no one else thought they were very good either, and none of these books were ever published.

Ironically, the novels I wrote prior to writing Big Fish were all more filmable than that book; that is, they were traditional novels with a beginning, middle and end, a narrative arc, and they all took place in a realistic, recognizable world.  Boring.  And poorly done.  Strong plots are not my strong suit; I’m better at creating new worlds, colourful, fascinating places where the reader is too involved to think much about what-happens-next.  At least that’s what I’m going for.  I don’t know how to do anything else.

I think Big Fish is a good movie, partly because it’s nothing like the book.

In other words, selling a book hit the mark I was going for.  I didn’t think of the book one more step in the life cycle of my story; I felt that, as a book, finally, my story had been born, had lived and (as happens most often when a book is published) died. I wasn’t shocked when I learned it had been optioned by Columbia Pictures; I thought, Why? There’s no movie here.  Where is the movie in a book with no plot and only one real character?  I never said this out loud, of course, because I was afraid that if I did they’d take their big bag of money back.  But now that I’ve spent it all and have to sell my grandfather’s coin collection to pay for my wireless, I can say it as much as I want.  What were they thinking?

It worked out, though; I think Big Fish is a good movie, partly because it’s nothing like the book.

I understand better how it works now, and what the process of adapting a novel really consists of.   The best adaptations are  inspired by the source material, not dictated by it.  The screenwriter doesn’t work for the author; he takes possession of the story, and owns it as much as the novelist does.  If not, if there is even a hint of subservience, the adaptation and the movie it hopes to become will suffer, and sometimes die a grisly, unliterary death.  And if you’ve never seen an unliterary death it’s a sad thing to watch.

Luckily, the story was adapted by John August. John is one of the best writers I know.  He can do anything.  I’m stuck in one style and he has half-a-dozen to choose from.   Our first meeting we mapped out a mid-point between Chapel Hill, North Carolina, where I live, and Washington D.C., where he was scouting a television series.  We talked about his ideas for the movie, and they were phenomenal (a transcript of the conversation can be found on his website, johnaugust.com).  He was able to give the story a plot, the main character an arc, without losing the essence of the story, which is simply the story of a son trying to understand his father before it’s too late.   But if you read the book and the script, it’s clear from page one that scene by scene, act by act, plot point by plot point, the two versions couldn’t be more different.

This is one reason, and probably the main reason, Big Fish became the lovely movie it did.  The screenwriter understood the material, adopted it, and gave it a second life.  It’s what happens in the mind of every reader.  No one sees the same story.  We envision the story the way it suits us, and take away from it what’s important to us.

I’m writing a screenplay now, based on my own work, and the same process is at work: only 10% of the novel will make it into the movie, if there ever is one. Some things are better left on the page.

Some things are better left on the page ›