Akiko Stehrenberger is a multi Key Art/CLIO and SXSW Best Poster award-winning movie poster designer and illustrator. She was deemed "Poster Girl" by Interview Magazine and Creative Review labeled her as "Ones to Watch in 2011" while dedicating their entire January Monograph zine to her illustrated posters. Her work was personally approved and celebrated by directors Michael Haneke, David Lynch, Todd Solondz and Roman Polanski.

2. Movie poster designers usually have very little assets to work with, if anything at all, as we are put on a project in different stages of the filmmaking. Sometimes we are working well before the script is written or Ben Affleck casts himself in his own movie.

3. Leaving work at 5pm is considered a half day. Movie poster deadlines are insane. What normally should take a week to complete is expected in a day. Because of this, movie poster designers have no lives and spend any spare time leaving terrible comments on impawards.com.

4. In exchange for no social lives, movie poster designers are usually nicely compensated, so your first “labour of love” feature film that left you only $200 for a poster, is better spent on your cousin who took that city college Photoshop night class.

5. Big movie studios mainly want what’s been done before because it’s made them money in the past. Working on small budget films is much more rewarding for this reason. Even if your 80 year old aunt in Switzerland doesn’t know who Todd Solondz is, and would no longer consider you her favourite niece if she saw his films. 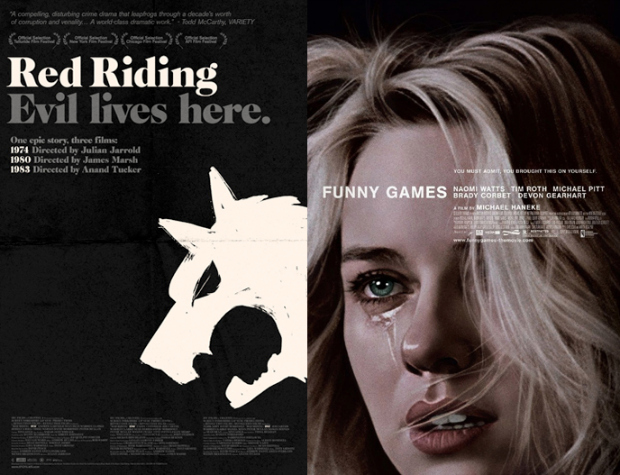 6. A focus group in the Midwest which determines that a black and white poster feels “old”, knows more than a $150K design degree. They could also give a rat’s ass if you’ve spent four days on an illustrated poster. They want to see a photo of Nic Cage’s head, and they want to see it BIG.

7. An illustrated poster does not mean the movie is a feature length animation (Refer back to number 6).

9. Movie poster designers are the worst friends to see movies with. Chances are we’ve seen it months ago, and, yes, it sucks.

10. It’s easy to make an interesting fake movie poster to post on your design blog, when you don’t have to make a credit block legal size, don’t have a client telling you to make an actor’s name no smaller than 100% of the title because of his contract, and everyone knows what that green dot represents because they’ve already seen the movie. 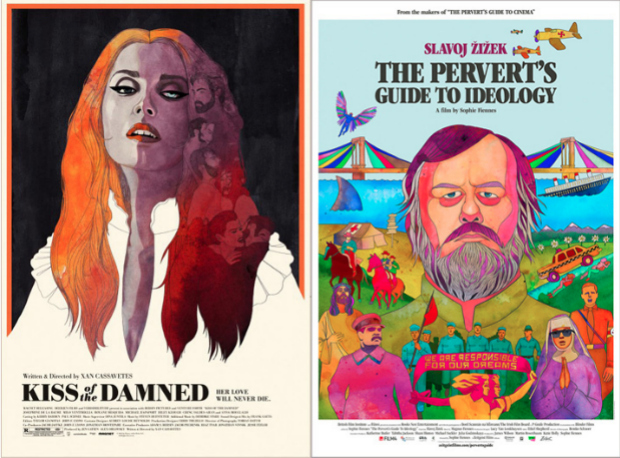 11. We do not have to show the whole story in a movie poster, or else it would be called a trailer.

12. Despite what you think of Tyler Perry movies or any of his posters, that dude makes a shit ton of money.

13. For as much Photoshop compositing we have to do, 90% of movie poster designers do not know how to draw and have never studied anatomy nor perspective. This explains why sometimes actors have T-Rex arms or look 12’2″ in posters. And no, this is not a movie about five blind people, there was no special photo shoot for the movie and the client wanted the whole cast on the poster.

14. The glamour everyone associates with movie poster making would evaporate if they knew we don’t meet the actors, are never on set, and spend 20 hours a day in front of a computer, drinking five hour energy drinks and IM-ing photos of a puppy dressed up as Guy Fieri.

15. Despite all mentioned above, it’s still a fucking cool job.