Wall Street: Money Never Sleeps
As a sequel, it may only be seven minutes longer than Wall Street, but sweet mother of Midas it did seem slower.

Emerging from a lengthy prison stint, Gordon Gekko finds himself on the outside of a world he once dominated. Looking to repair his damaged relationship with his daughter Winnie, Gekko forms an alliance with her fiance Jacob. But can Jacob and Winnie really trust the ex-financial titan, whose relentless efforts to redefine himself in a different era have unexpected consequences. 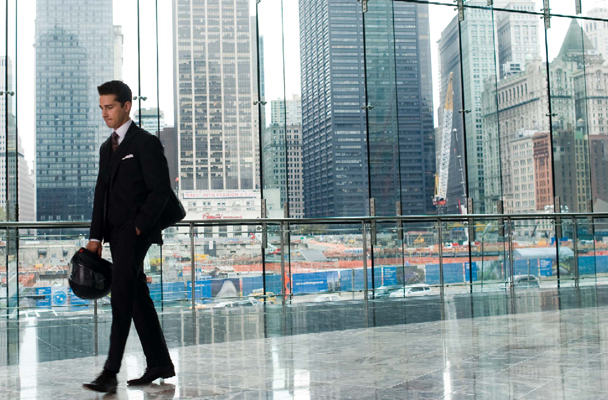 People like to claim that the MTV generation has a short attention span. That we are nothing but remote-punching, song-shuffling, eye-twitching fruit flies with hugely engorged thumbs. Well, members of the jury, this is clearly a lie, and I call forth Wall Street: Money Never Sleeps as my witness.

The original 1987 Wall Street, starring the Sheen family affair (one of whom could act, and one of whom could pout), Daryl Hannah and king of the bum chin Michael Douglas, was a fast-moving, plot-driven financial drama.  Wall Street: Money Never Sleeps, the 2010 sequel written by Bryan Burrough, Allan Loeb and Stephen Schiff, and directed by Oliver Stone, includes a three minute shot of earrings. If that isn’t testament to our increasing attention spans, then I don’t know what is.

Earrings aside, Wall Street: Money Never Sleeps is the story of what happens when Douglas’ ultimate 80s financial playboy, Gordon Gekko, is finally released into the modern economy.  It is far from a plot spoiler to explain that Gekko meets Shia LaBeouf, a young broker who just happens to be in a relationship with Gekko’s estranged daughter, played by Carey Mulligan. Throughout the film Gekko appears to be using his financial dealings with LaBeouf in order to rekindle a relationship with his daughter. But is all as it seems, once $100million and old King Bum Chin himself go missing?

But, back to that modern economy. The film is set in 2008 which, all but those of you reading this on a slate tablet will notice, was the year in which the whole world teetered on the brink of global recession. Banks failed, brokers’ bluff was called and share prices dropped like hot lumps of shit. Not that you would notice it from this film. Gone is the original Wall Street subplot of Charlie Sheen and his honest-to-goodness backslapping union buddies; this is a film in which each and every character is more loaded up with dollar bills than Scrooge McDuck. They are fabulously and fashionably rich, which in a funny way makes the whole film seem far less contemporary than the 1987 original.  We aren’t witnessing the battle between heartless multinational companies and the naïve, cowering workforce; we are watching a family drama between a trustafarian, a city boy and an unreliable father.

Even Gordon Gekko – the character who proved capitalist inspiration to few and allegory to many – has been neutered over the intervening years. The gold jewellery, the braces, the mirthless cackle, the heavy-handed Satanic allusions (burning fires, flickering lights, temptation and omniscience to name but a few) have all been replaced by a bad book and a little light fraud.

Wall Street: Money Never Sleep tries to be that most difficult of things – a gripping tale about financial dealings. At a time in which Robert Peston, Vince Cable and Mervyn King are treated like a cross between Mystic Meg and Moses, the world is surely crying out for such a film. Sadly, this slow-moving drama about the lives of the rich and famous is not it.

As a sequel, Money Never Sleeps may only be seven minutes longer than Wall Street, but sweet mother of Midas it did seem slower.