Attack of the Runaway Production
The gates are wide open in Vancouver, and Hollywood has moved in...

Garth Twa is the award-winning writer and director of 'Pieces of Dolores' and 'Birds Die'. He has also written episodes of 'The Wright Verdicts', a programme from the makers of 24 and CSI, and is the author of the acclaimed book 'Durable Beauty'.

‘How do you like your salmon?’ Brian Whittred asked me.  Brian Whittred is the head of the Cinematographers Union in Vancouver and he’s firing up the barbeque on his patio in Capilano, across Vancouver Harbor from downtown.  The mist is coming down through the rainforest.  The rainforest where they shot the new Planet of the Apes.  And the new Godzilla.

In fact, Canada is where a lot of Hollywood films and TV are shot.  More than in Hollywood.  Last year, The BFG, Deadpool, Fifty Shades of Grey, the new Star Trek were all made in Vancouver.  According to Bloomberg, ‘film and television production is at a record high in Canada… and the biggest beneficiary has been British Columbia.’  And it’s a lot, all that benefice.  According to the Canadian Media Producers Association, ‘this surge is bringing in upwards of 5.5 billion dollars and employing 128,000 full time workers.’

Brian just got home from work.  He’s shooting the second season of The Magicians and he’s pumped because he got to use some really big lights.  ‘Actually, our market share is way down. A lot of other places, places in the states, are attracting the big shows.  Production is still up, there’s still a lot of content that’s shot here, but that’s because the demand for programming has gone through the roof.’  The barbeque is hot and he gently lays the big, juicy slabs of fresh British Columbian salmon on the grill.  The fish was caught in a river not that far away from where we were sitting.   Beside the patio is a little creek.  More of a trickle at the moment.

‘It doesn’t really have a name,’ Brian says. ‘We could name it right now if you like.’

‘As far as I know.’ Brian, opens up a bottle of fine Okanagan wine.  We drink heartily.  The night is warm.  We will have to ponder the creek.

‘So you’re shooting a lot of second unit stuff?’ I ask.

‘It’s mainly a television town.  You get features, certainly, they do shoot here.  But the majority is television.’

‘What happened?  Vancouver used to just be a great place for tourists, for Expos, for head shops…’

‘The industry was initially attracted up here by the favourable exchange rate they got with the Canadian dollar.  And also, the Canadian government offers them a tax credit for every local person they hire.  In television, because they don’t have as much money and it’s a longer term situation, they have a crew based here and it’s cheaper for them to hire local and get the credit but for bigger budget productions they can afford to bring key people up and house them and pay them per diems and not get the tax credit for them. But now a lot of places have realized they have to be competitive, and it’s paying off.  Over thirty states now offer some kind of financial incentive. Even California now has tax credits.’

But one can see the appeal.  Forget about the tax breaks—Vancouver was voted The Most Liveable City in the World for, like, four years running (before it got bumped by those bastards in Melbourne).  It’s still always in the top three, and still the most liveable in North America.

While Vancouver may have brought us Supernatural and Happy Gilmore, The Flash and Tomorrowland, Bates Motel and Titanic, Toronto has given us Spotlight, Room, Suicide Squad, not to mention the Saws, the Resident Evils, and Good Will Hunting.  Toronto has played host to nearly 700 productions in 2016, according to Bloomberg.  Sidney Sproule has been working in Costumes for film and TV in Toronto since the early 1990s and she said recently that Toronto had more work than people to do it.  It is struggling to keep abreast of its own success.  ‘We have excellent post-production, training, and studio facilities, but we desperately need the new studio space.  The purpose-built Pinewood Studios here is slated for expansion to be complete for 2018.  It’s doubling in size.’  To 600,000 square feet, according to Bloomberg.  ‘I love working at Pinewood.  It’s definitely a massive step up from repurposed derelict warehouses and industrial spaces that mostly have served the Toronto film industry over the years.  Pinewood’s presence has put pressure on other studios to improve their facilities as well.  One of the benefits of Pinewood is that a series or movie that has a number of different sets can rent multiple stages.’

‘Runaway Production’ it used to be called.  ‘It’s not really called that anymore,’ Brian said. ‘If it’s just spreading out, it’s not running away.’  It’s nice that that’s over—they originally gave it that title in Hollywood, where ‘Runaway’ never means anything good.  Runaway Train (by Andrei Konchalovsky and Akira Kurosawa, channelling Roger Corman) had Jon Voight and Eric Roberts battling a lethal locomotive.  Runaway Bride had Julia Roberts ripping the hearts out of men.  In just plain Runaway Tom Selleck had to fight killer robot spiders.  Runaway Jury was about tampering in a suit against gun manufacturers that had John Cusack battling forces that would undermine the American way, even though the gun lobby playing dirty and threatening violence actually is the American way.  And then there’s Runaway Brain, where Mickey Mouse sells himself for medical experiments and becomes a psychotic monster.  But Runaway Production used to be the scariest scenario of all.  Robot spiders seem a petty annoyance compared to losing jobs.  And it’s a problem, or it isn’t a problem, depending on which side of the 49th Parallel you happen to be standing on.  A study from the Directors Guild of America confirmed that ‘the Canadian government has engaged in a comprehensive and aggressive long-term strategic campaign to lure U.S. productions to Canada.’  Aggressive?  That doesn’t sound very Canadian.  ‘Instead of “runaway” it’s now “globalization,”’ Brian says, ‘Things are shooting all over the world—Budapest, the Czech Republic, Ireland.  And L.A. is busy, too.  There’s so much shooting that if all the jobs came back to Hollywood, there’d be no place to put them.’ 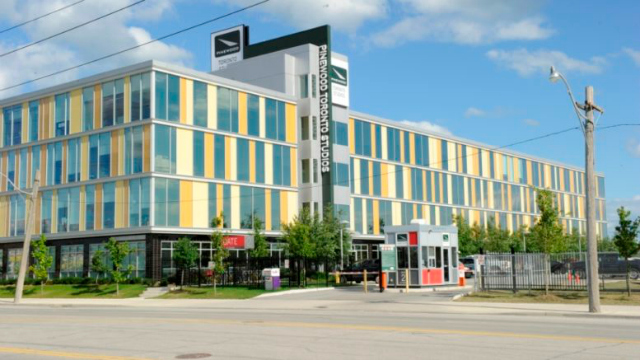 Things are shooting all over the world—Budapest, the Czech Republic, Ireland.  And L.A. is busy, too.  There’s so much shooting that if all the jobs came back to Hollywood, there’d be no place to put them.

Brian flips the salmon and there is sizzle and smoke.   I wonder, briefly, if it’s going to make the cougars and the grizzly bears come romping down the mountainside.

‘This past season was the busiest ever,’ Brian says, ‘no one’s seen anything like it.  A lot of it is due to ‘Peak TV’—the huge appetite for new, high-end content not just for the traditional outlets, but the streaming systems, like Netflix, Amazon, and Hulu.  They’re creating a bigger demand, more hours of programming, than the old networks ever did.’

It really all started when the X Files moved production to British Columbia (well, it really all started when Robert Altman filmed McCabe and Miller just north of Vancouver in 1970), and Hollywood realized it could look like anywhere in the world, particularly anywhere in the United States.   Brian remembers the early days of the Vancouver production industry.  ‘There was the odd little thing,’ he says, ‘and there was a lot of excitement, and people were kind of star-struck.’  But, for producers, aesthetics may be nice, but cheaper is beautiful, and luckily, there was both (or unluckily—again, depending where you’re standing) with the submissive Canadian dollar, the coquettishness of the Canadian government, and the younger, more tender Canadian unions.  The floodgates opened.  ‘It was the opportunity to work in a creative industry formerly reserved for Hollywood and New York,’ Sidney says, ‘When I grew up, I didn’t think it was possible to make internationally renowned movies and television in Canada.  Now that can be a reality for Canadian kids who want to work in the “biz”.’  Besides Vancouver and Toronto, much of the rest of Canada has infiltrated as well.  The Constant Gardener, set in Africa and London, was shot in Winnipeg.   Usually the only things that are shot in Winnipeg are drunken bikers or intravenous drugs, but now even Winnipeg is respectably glamorous (or lucratively run down): The Assassination of Jesse James By The Coward Robert Ford was shot there, too.  And Calgary can boast being the location for Fargo, the TV series.  It’s also where Alejandro Inarritu shot The Revenant.  Calgary used to be known for beef, for kd lang, and for the Calgary Stampede (home of ladies’ barrel racing, chuckwagon races, and junior steer riding, where ‘if they elect to ride one-handed they’ll be disqualified for touching the animal or themselves’).

The salmon is starting to smell delicious.  A very light breeze has picked up.

‘What’s the future?’ I ask Brian, ‘Do you think the film industry is here to stay, or will Hollywood go home again?

‘We’ve had a huge boon in post-production and animation, and the infrastructure has grown so phenomenally that Vancouver is a first-rate production hub in any light.  We’ve got a number of state-of-the-art studio facilities, and our first carbon-neutral film studio [Vancouver Film Studio] opened in 2008, and has twelve purpose-built sound stages. We have a lot of US productions, but we also have a lot of productions from all over the world.  People aren’t coming here just because it’s cheaper—we no longer have that advantage—but because we offer top-notch services.’

Sidney agrees. ‘The industry presence has definitely changed the face and character of Toronto,’ she says, ‘Many productions are now set in Toronto as its location and not try to mask it as some place else.  The Toronto International Film Festival has raised the profile of Toronto internationally and many industry insiders from the US and elsewhere love coming here.  There is also much room for industry growth here.  Toronto is a cultural hub, and it’s a very walk-able, safe city and a place where celebrities’ personal space is respected.’

‘What about the election of Donald Trump?’ I ask Brian, ‘How does the industry here feel about his proposals to neuter the free trade deals between US and Canada?’

‘Maybe if California splits off from America and becomes a sovereign nation with the rest of the west coast,’ I say out loud, ‘we may even be in the same country as Hollywood.’  The wine, by the way, is delicious.

‘Dinner’s ready,’ Brian said.  We still hadn’t named the creek. ‘How about Roaring Creek?’ Brian said, bringing the potatoes out of the oven.

Garth Twa talks to Twin Peaks Deputy Chad Broxford about The Return, David Lynch and being an 'asshole'.